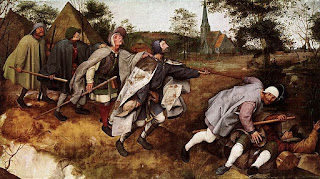 Sylvia Nasar wrote a new book (the old and famous was the one on Nash's mind and life) on the history of economic ideas. Robert Solow is not too happy, since he thinks the book is superficial, and spends too much time on the economists lives and on what he thinks are second rate minds (e.g. Beatrice Webb, and I suspect for him Joan Robinson too). I did not finish reading the book, and hence will not review it here now, but I can comment on Solow's review, which is quite misguided.

In fact, the preoccupation with policy issues and the general context in which theories are developed is one of the good aspects of this book. In this sense, Nasar's book is in the direct line of descent of those, like Robert Heilbroner, that think that economics is (and should be) about the great questions (accumulation and the wealth of Nations, the quintessential themes of classical political economy) and that the economist's vision is as essential as, if not more so, than the analytical tools utilized.

For example, Solow complains that the book does not spend enough time discussing the theoretical achievements of Alfred Marshall. The fact, that somebody, with Solow's credentials, can write that after Piero Sraffa's devastating critique of Marshallian partial equilibrium (still in all textbooks, by the way), as if his technical achievement was not simply incoherent and irredeemably incorrect is a testimony about the poor state of our discipline.

Solow's complaints about Nasar discussion of Keynes are more puzzling, since he should be as neoclassical synthesis Keynesian be very comfortable with the 'developments' of Keynesian theory within the mainstream, which are after all the dominant model (the New Keynesian model with an IS, a monetary rule and a Phillips curve). He was instrumental in the creation of the current macroeconomic consensus, and his growth model (for which he won the Sveriges Riksbank Prize, also known as the Nobel in economics, although it's not one of the original Nobels) is the dominant view on growth. If the profession has failed, Solow is certainly responsible for it to a great extent.

If anything the problem with the book is that it shares with the mainstream (including Solow) a certain view of economics, and progress in the discipline, that has been established since the rise of marginalism in the latter part of the 19th century. In this view, there is a direct line of descent from Smith and Ricardo to Marshall (via Stuart Mill) to modern economics. According to this approach, the critical authors are, not the true heirs to classical political economy (that is from Smith/Ricardo to Keynes/Kalecki, via Marx), but critics of some aspects of capitalism that seem to have more heart than brains.

In all fairness, however, it's not surprising that a journalist/writer that is not an specialist economist buys the conventional wisdom on the history of ideas. The conventional history of ideas texts are fundamentally, like the parable in Bruegel's painting, written by blind professors to guide their blind students.

PS: The Sveriges Riksbank has been awarded to two professors (Sargent and Sims) that most likely believe that government intervention in the middle of the crisis is worse than some version of laissez faire. This is the reason, not the predictions about the end of times, why this is a dismal science.
By Matias Vernengo - October 10, 2011