ISLM, ISMP, DSGE and other models

From the Google Ngram Viewer. 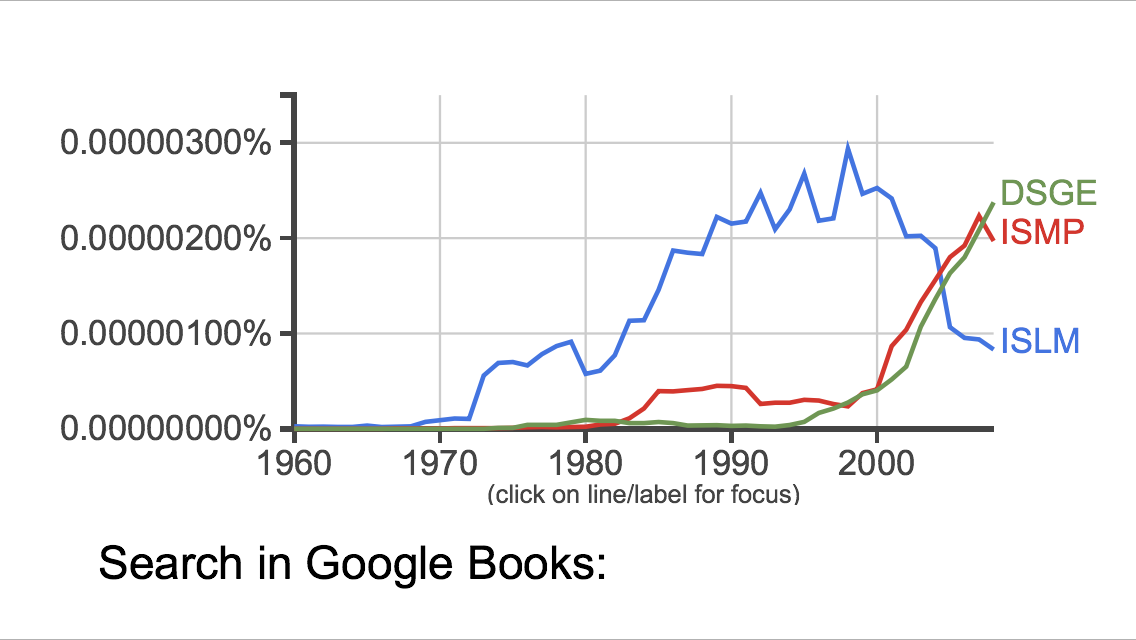 Note that even though the ISLM is from 1937 (and yes it is in the GT, and Keynes did endorse Hicks formalization, as discussed here, and here), it is only in the 1970s that the term takes off. The ISMP, which substitutes a monetary policy rule for the LM, and includes as a result endogenous money into mainstream models (note again endogenous money is not central for heterodox models, since orthodox ones can incorporate it, as discussed here) takes over in the 2000s, as does the Dynamic Stochastic General Equilibrium models, in which the IS with a multiplier is substituted by a Ramsey model. So, given the trends, you should miss the good old ISLM indeed.
By Matias Vernengo - June 23, 2014