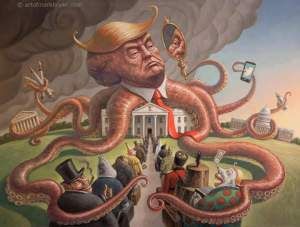 President Trump, in his inaugural address and elsewhere, rightly says that over the decades since 1980 American household distributions of income and wealth became strikingly unequal. But if recent budget and legislative proposals from Trump and the House of Representatives come into effect, today’s distributional mess would become visibly worse.

First, I will sketch how the mess happened, then I will propose some ideas about how it might be cleaned up. I will show that even with lucky institutional changes and good policy, it would take several more decades to undo the “American carnage” that the president described.