It is well known that real wages in the developed world have stagnated in the last 4 decades. The figure below shows that wage participation in GDP has fallen too (source here). 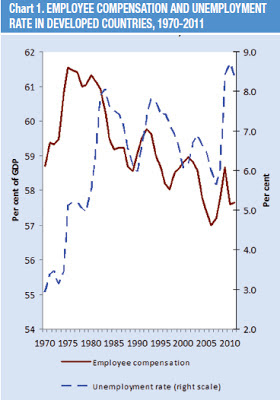